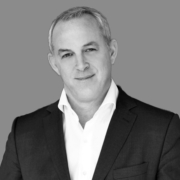 He is the founder of Arator and has the overall responsibility of all areas of the company’s strategy, people and operations across all business engagements.

He has served as Head and Secretary General of the Greek National Tourism Organization and as President of the Organizing Committee for the Mediterranean Games.

He sits on a number of Boards of Directors, and at current he holds the positions of Vice Chairman at Pot & Pan S.A. and Executive Director at Athens Vision S.A.

George has a long and successful track record of assisting companies with strategy, operations and general managerial challenges, and he has particular expertise working with clients in the sectors of Travel and Tourism, Healthcare and Consumer and Retail.